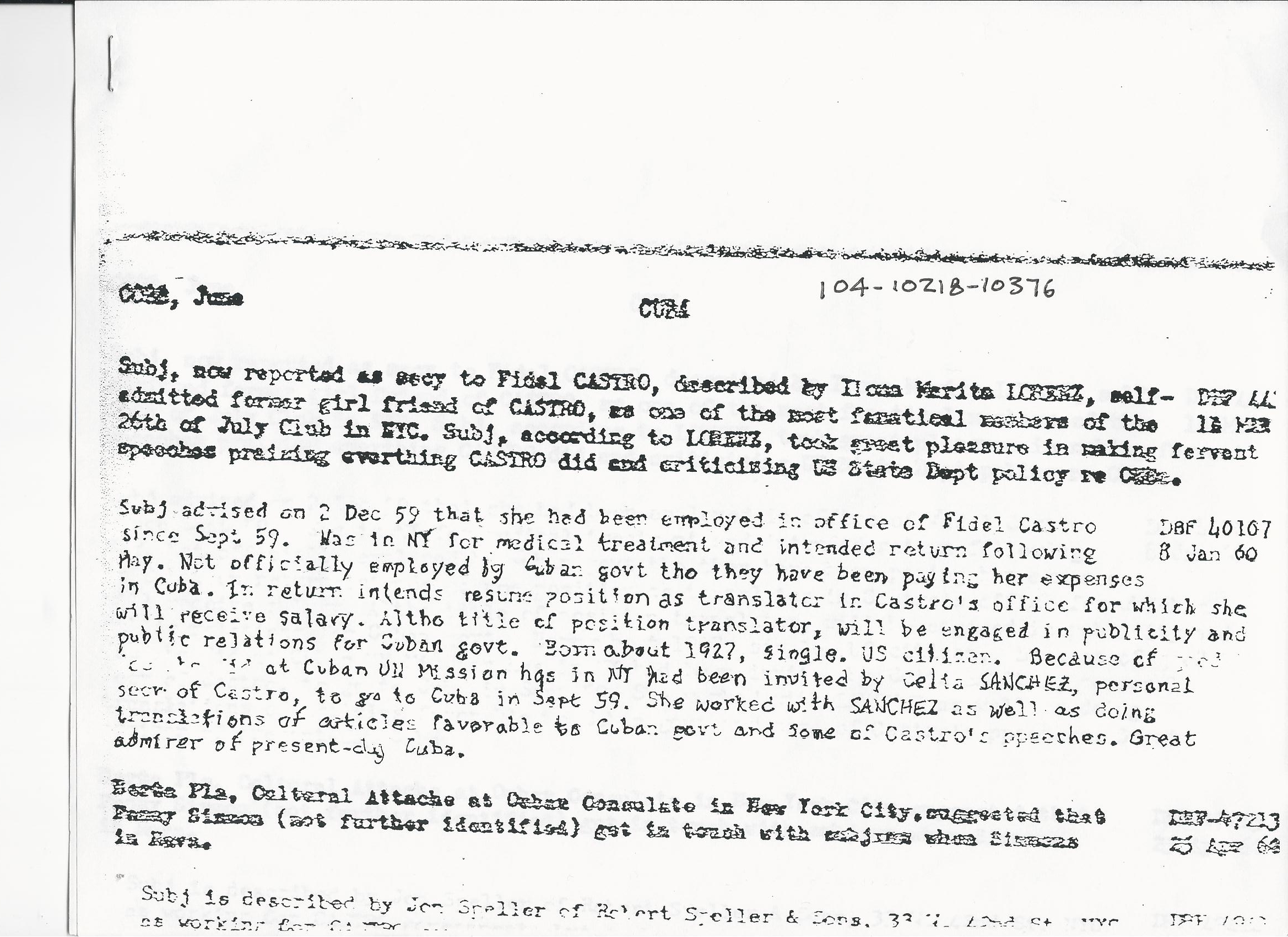 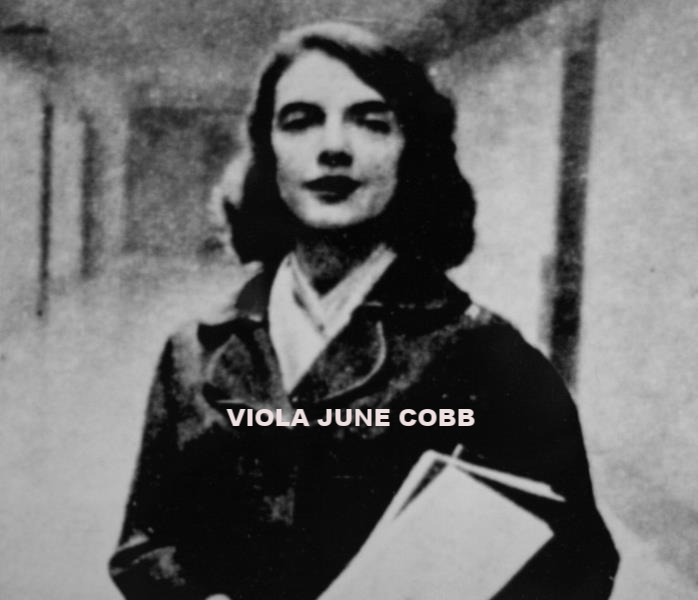 We are fortunate that we have access to this false CIA soft file on June Cobb.  It was created to backstop the false story that Cobb’s association with the CIA began in April 1960–when in fact association began at least as early as April 1959 (if not earlier) when she penetrated Castro’s inner sanctum for the Agency.  Discovering a CIA document that is not true is often more important than discovering one that is true.  This Cobb soft file was generated on plain white paper or notecards without classification markings.  It is undated and not attributed to an author or specific CIA component.  It contained typed extracts from five FBI reports sent to the CIA between 8 January and 31 May 1960.[1]