While I believe that many officers in the Soviet Russia Division (SRD) had news clippings about Oswald’s defection in their desk drawers, that is not the same thing as any document–whether a cable, dispatch, a news clipping, or a request for information–coming into the division or its branches officially.  The news article by Priscilla Johnson caused the opening of a soft file on Oswald in SR/6 by Betty Stacy in May 1960.  It so happened that a “biographic file” on Oswald was assembled in OS/Special Research Staff (SRS) at the same time.  This may indicate that OS/SRS sent the Johnson article to SR/6, but no record of such a transmission has ever surfaced in the JFK records collection in the National Archives and Records Administration (NARA). Note that the Stacy’s soft file has the correct middle name for Oswald (Harvey), and was also correct in showing that Oswald never returned to the embassy to execute the oath of renunciation of his American citizenship. 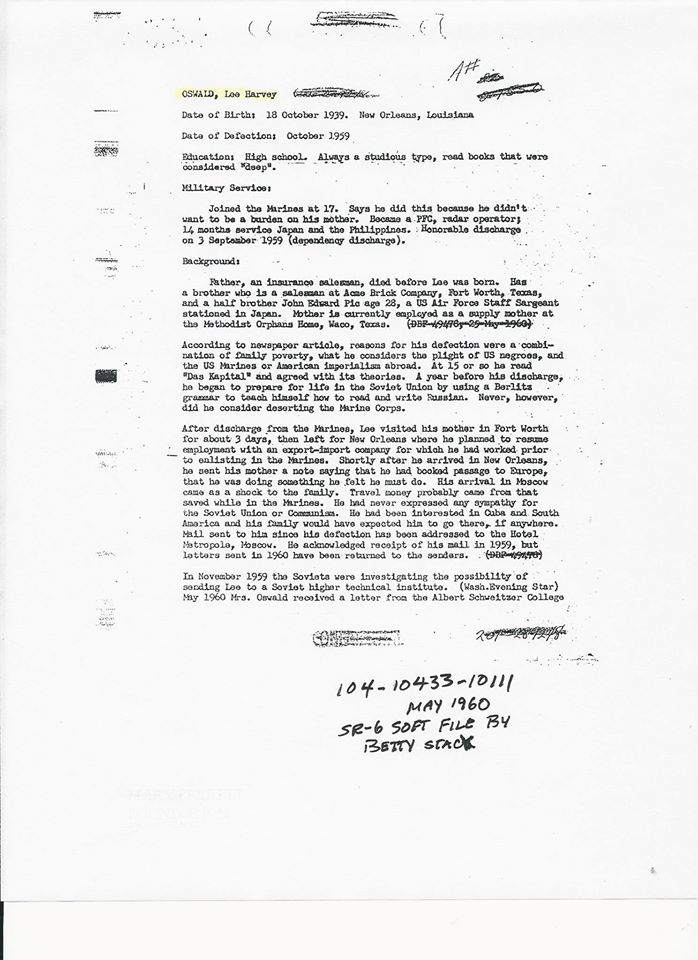 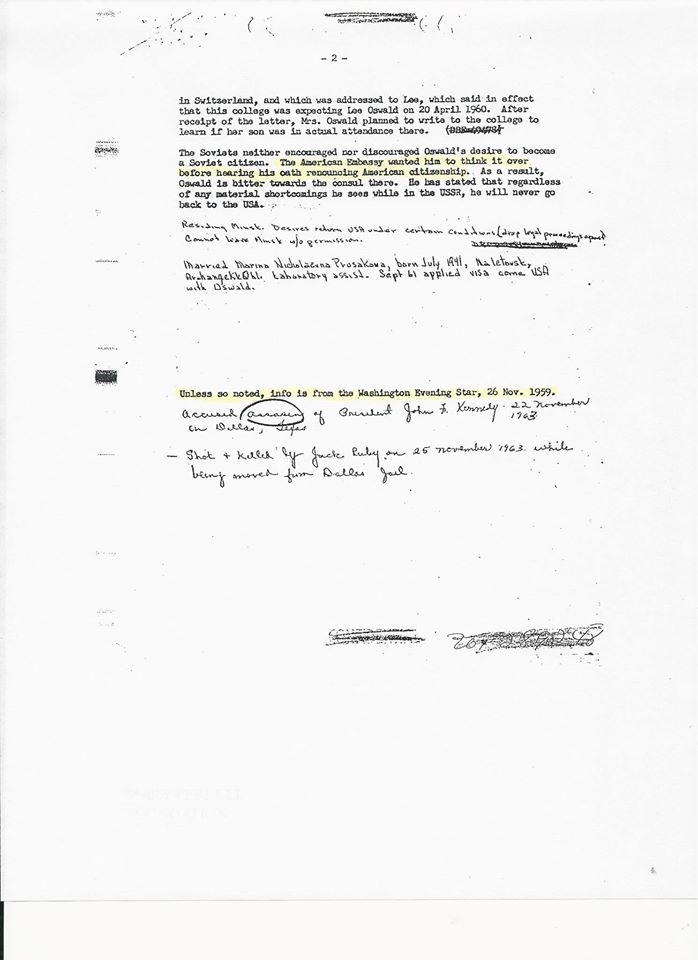 It is worth pointing out that although the news article by Priscilla Johnson upon which Betty Stacy compiled this soft file on Oswald did not contain his threat to give up his radar secrets to the USSR, she got the story right that Oswald had not renounced his American citizenship in Moscow.  Of equal note is the fact that Betty Stacy got his name right: Lee Harvey Oswald.  That might seem unimportant at face value, but it will be a matter of great importance when we examine Ann Egerter’s (CI/SIG) use of Stacy’s soft file on Oswald below.