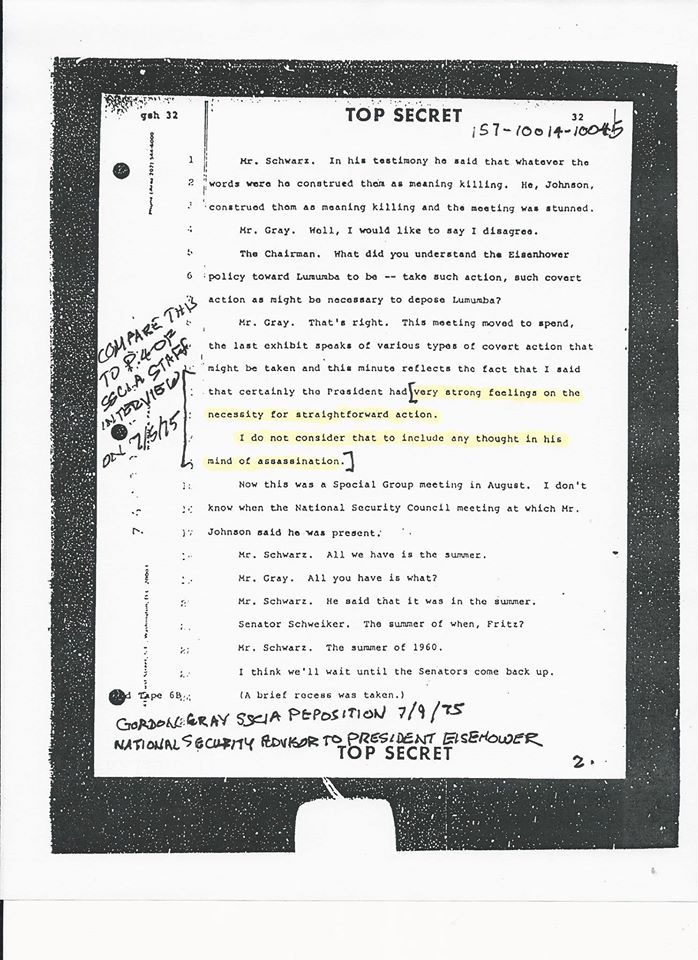 In his sworn testimony before the Church Committee, the president’s National Security Advisor, Gordon Gray, denied that Eisenhower had “any thought in his mind” about assassination when he gave the order to DCI Dulles.  As we will see (next page below), Gray would browbeat Dulles into sending the assassination order to the Congo two days after the president ordered it in the NSC meeting. 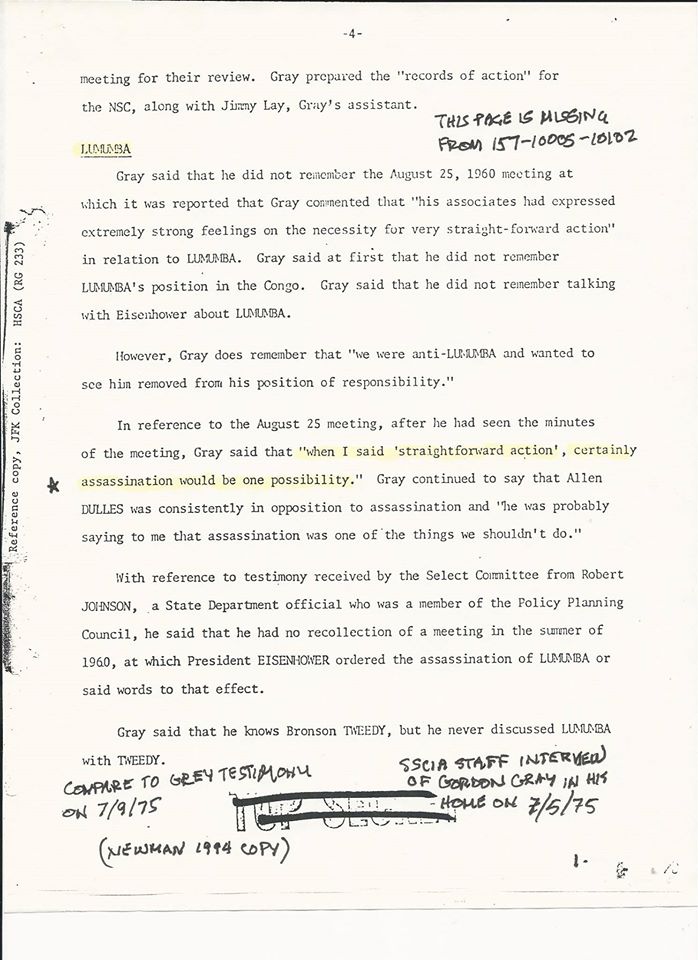 But Two Days Earlier (7/5/75), Gray Admitted Assassination was a “Possibility”

I was fortunate to find and copy this document soon after passage of the JFK Records Act in 1992.  It puts the lie to his sworn testimony two days later.  Over the years, there has been a systematic removal of this extraordinary contradiction from the documentary record.  I deal with this revelation in detail in Countdown to Darkness.