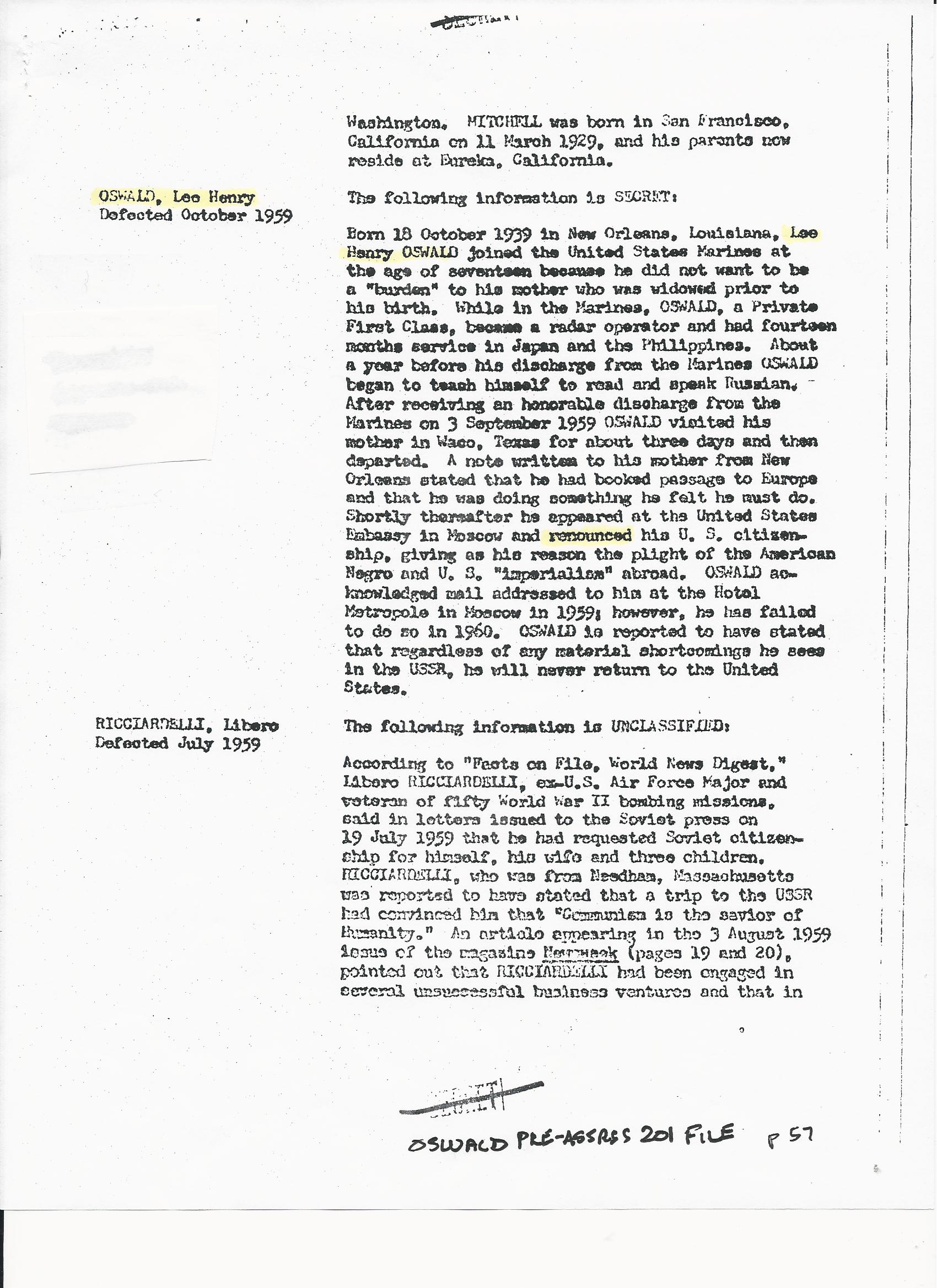 Sometime Between 3 and 20 November 1960, Ann Egerter of CI/SIG Invented a False Biography of Oswald

We have seen on the previous pages (above) that Ann Egerter knew full well that Oswald’s middle name was Harvey–NOT Henry.  In addition, she knew from the Priscilla Johnson article and Betty Stacy’s SR/6 soft file–which Egerter sent to OS/SRS on 3 November–that Oswald had not renounced his American citizenship in Moscow.  Nevertheless, in both her moniker and text Egerter used the name Lee Henry Oswald.  Furthermore, Egerter purposely lied that Oswald had renounced his citizenship in Moscow.  As we will see (below), this Oswald biography was only the beginning of Ann Egerter’s Lee Henry Oswald shenanigans.