The falsification of the size of the Viet Cong and their performance on the battlefield for McNamara’s Fifth SECFDEF Conference was accomplished with maps and a briefing book.  Below are the maps that the Defense Secretary was shown. 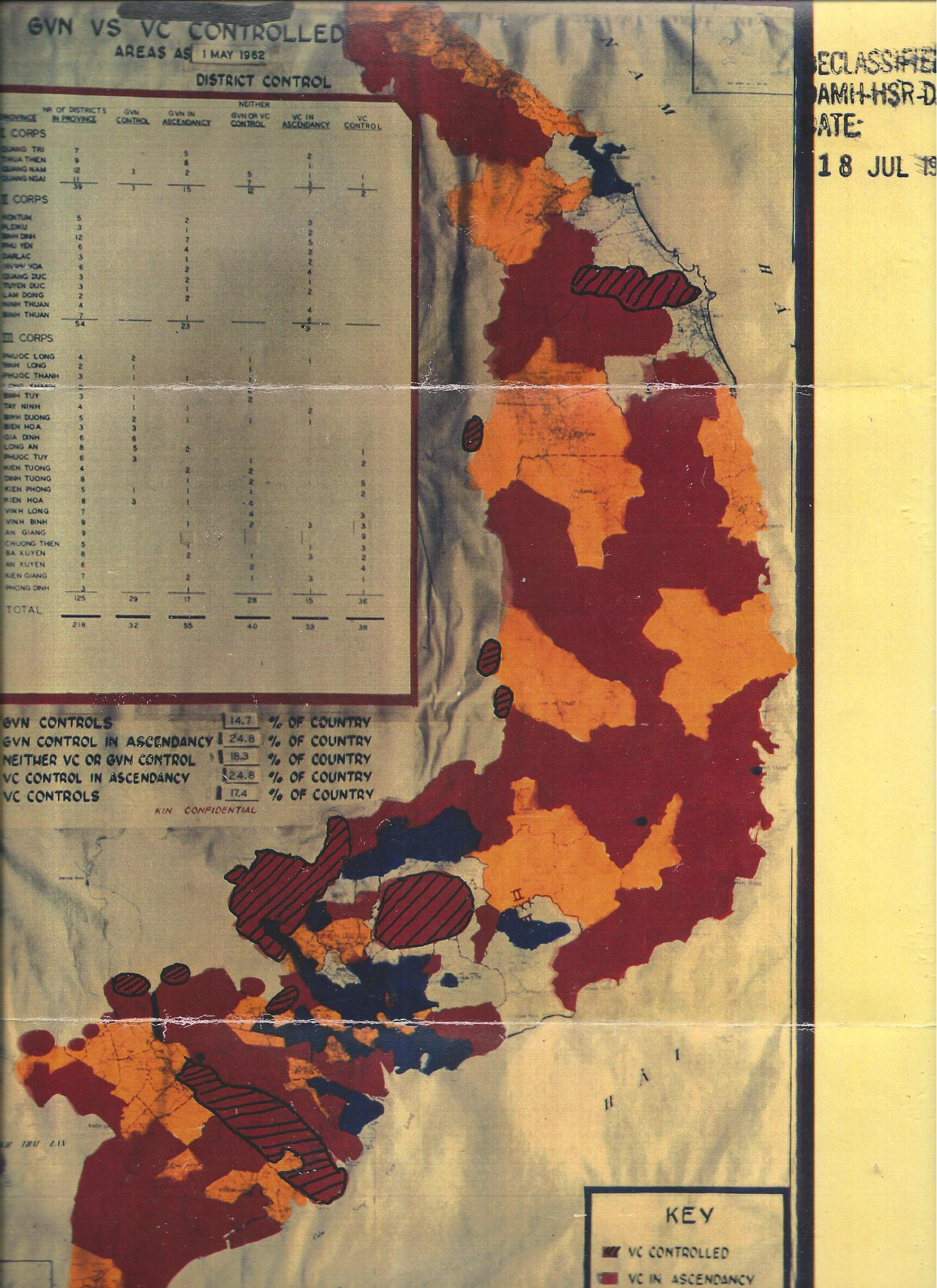 “Oh My God! We’re not Showing that to McNamara”

Before the 5th SECDEF conference Col. Winterbottom prepared the first graphic battlefield assessment of enemy forces and their areas of control, which Gen. Harkins would show McNamara.  Red acetate was for “VC in ascendancy,” red with blue stripes for “VC controlled” areas, yellow for government in ascendancy,” blue for “GVN controlled,” and white for “neither VC nor GVN control.” Due to the large number of red splotches on it, this chart acquired the name “the measles map.”

Harkins had assumed that since he had cut the enemy hard-core forces from 40,000 just over 16,000, the map would reflect that figure, but when he presided over a command rehearsal the night before McNamara’s arrival, he was shocked to find out otherwise.  As Harkins and his entourage took their seats, he blurted out, “Oh my God! “We’re not showing that to McNamara!”  The map got “edited” then and there.  (The falsified “measles map” was declassified by the Army Center for Military History at my request in 1988.) 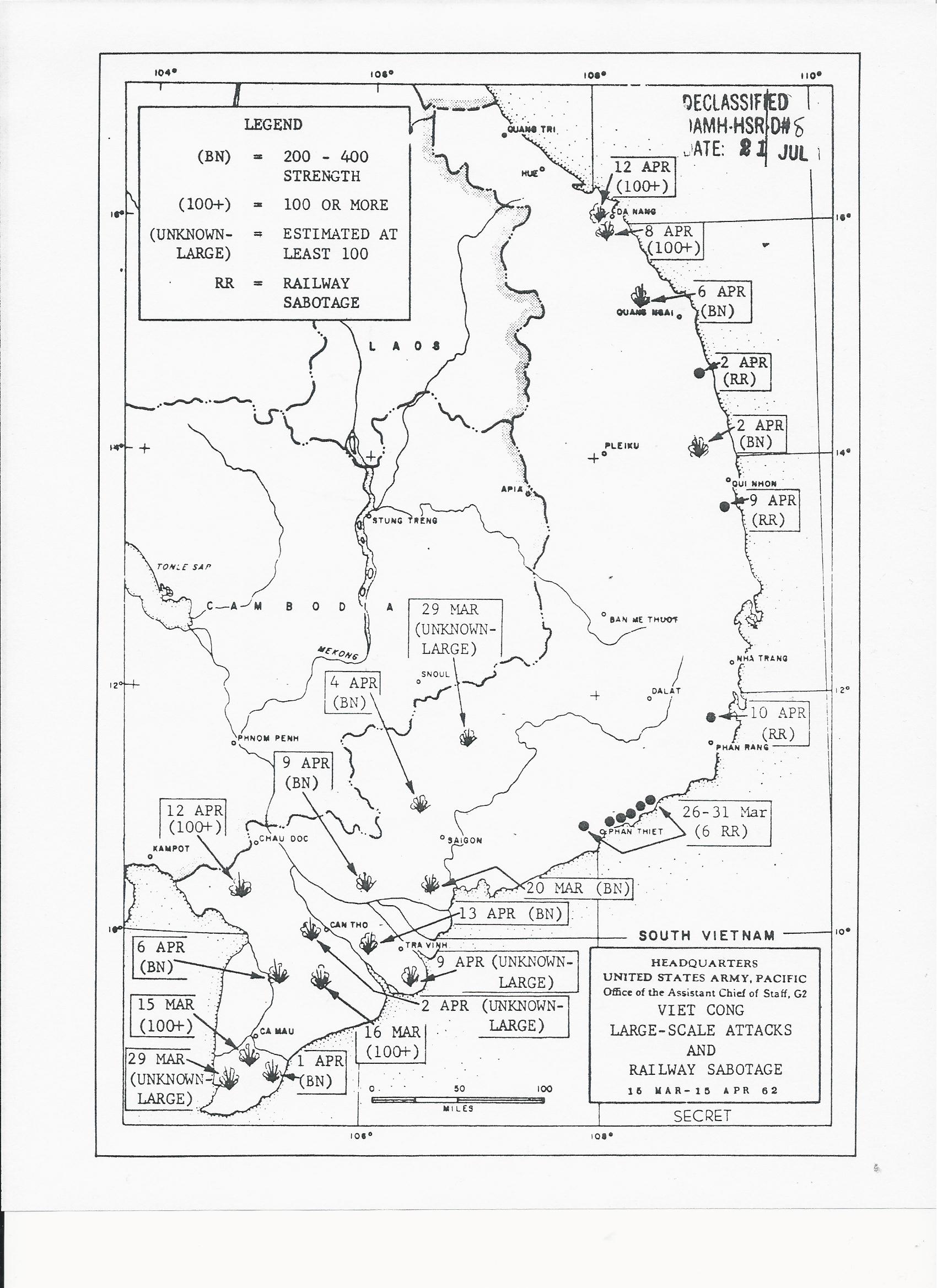 This map depicts the March-April 1962 country-wide Viet Cong offensive that was hidden from McNamara by removing the dates during which it occurred from the briefing for McNamara.  This true map was produced by the U.S. Army Pacific intelligence office (it was declassified by the Army Center for Military History at my request in 1988.)  McNamara was given statistics for government operations for twice as many weeks as the Viet Cong in order to hide the largest Viet Cong offensive in South Vietnam up to that point of the war.  See the next page for the relevant part of the briefing book prepared for McNamara. 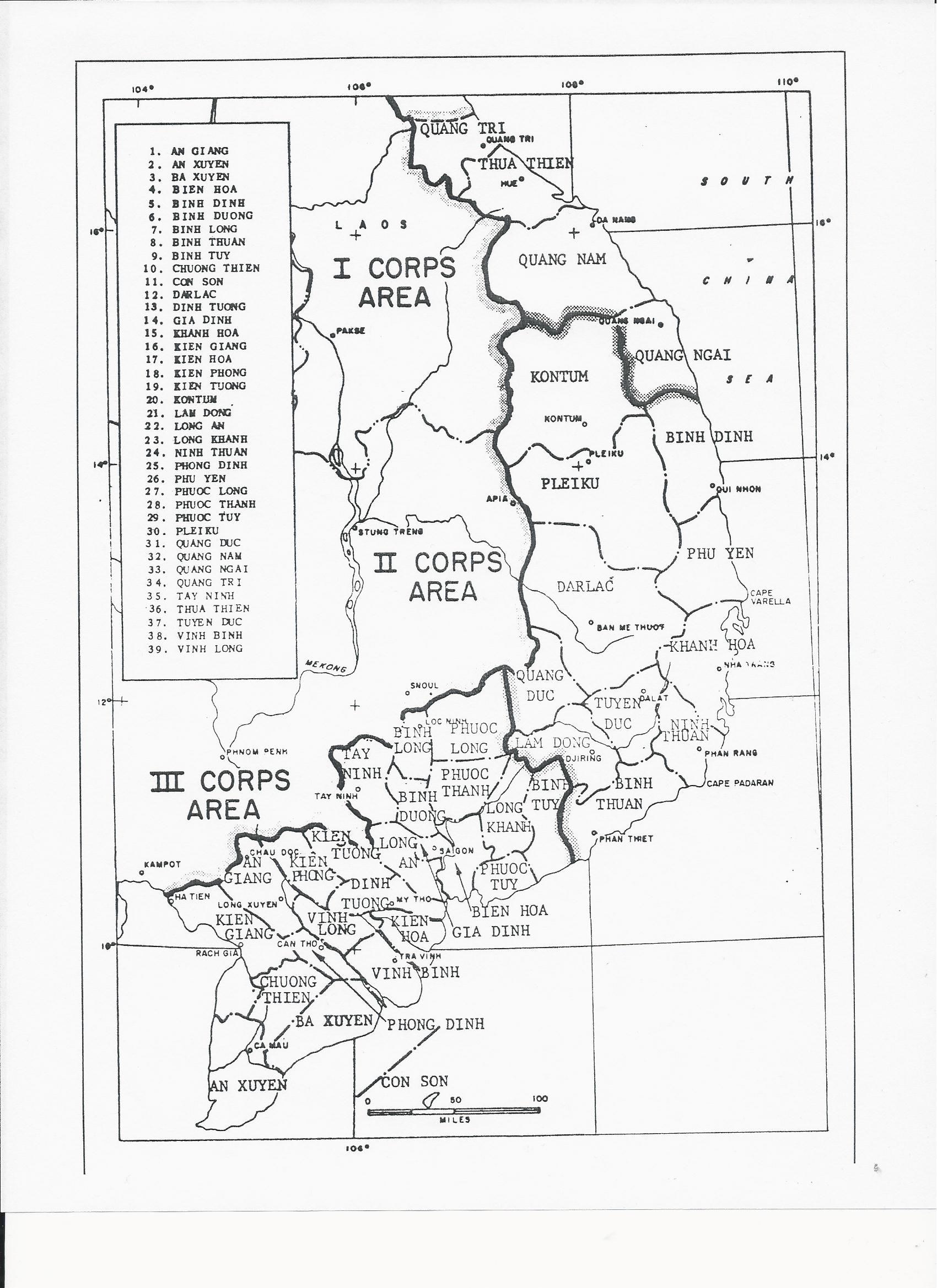 Much of the Viet Cong controlled areas were removed from the measles map in the III Corps Area in the Mekong Delta and around Saigon.