The Joint Chiefs of Staff and Military Assistance Command Vietnam responded to Kennedy’s withdrawal plan by telling the truth about the failing war effort at the 20 November 1963 SECDEF conference in Honolulu.  The chiefs had no intention of letting JFK pull out of Vietnam in a winning scenario and wanted to diminish his chances of winning the 1964 election.  This marked the end of the false optimism the military had begun in February 1962, a stunning reversal that required new recommendations be presented to the president for a new National Security Action Memorandum—NSAM 273.

After returning to the White House from the conference on 21 November, Nation Security Advisor McGeorge Bundy prepared the original draft the day before Kennedy was assassinated in Dallas.  The military’s recommendations in Honolulu included widening the war effort, including actions against North Vietnam.  In an interview with me, Bundy said that he tried to bring these recommendations “in line with the words Kennedy might want to say.” 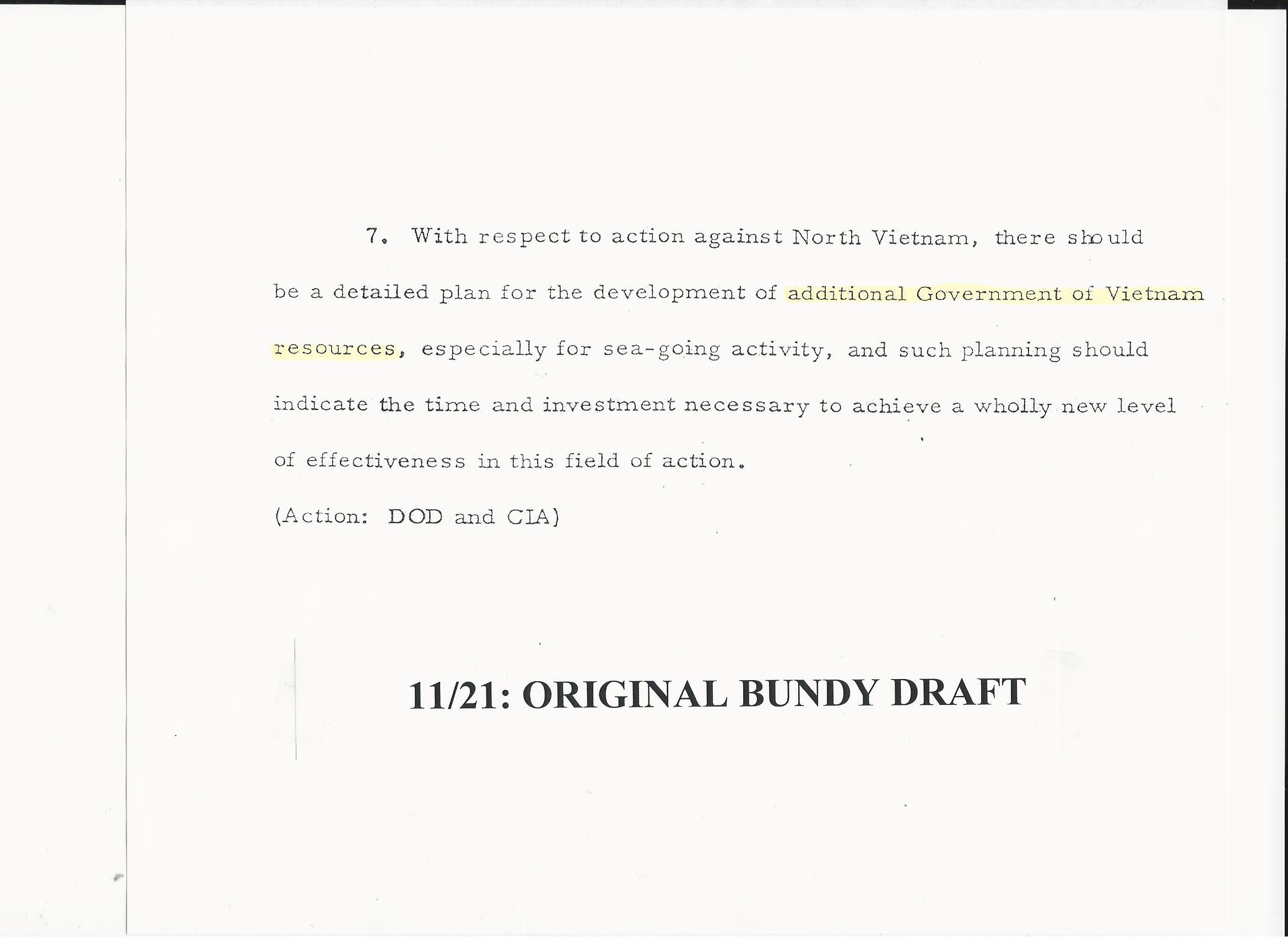 The key paragraph in this NSAM was the seventh, as it addressed actions against North Vietnam.  Knowing well the president’s aversion to direct American intervention in the Vietnam War, Bundy considerable watered down the military’s agenda proposed at the Honolulu conference—OPLAN 34-63.  That plan included a large number of actions against North Vietnam, including U.S. airstrike and naval raids against the coastline.  To bring an intensification of the war in line with the president’s views, Bundy constrained any new actions against the North to be carried out only “with additional government of Vietnam resources.” 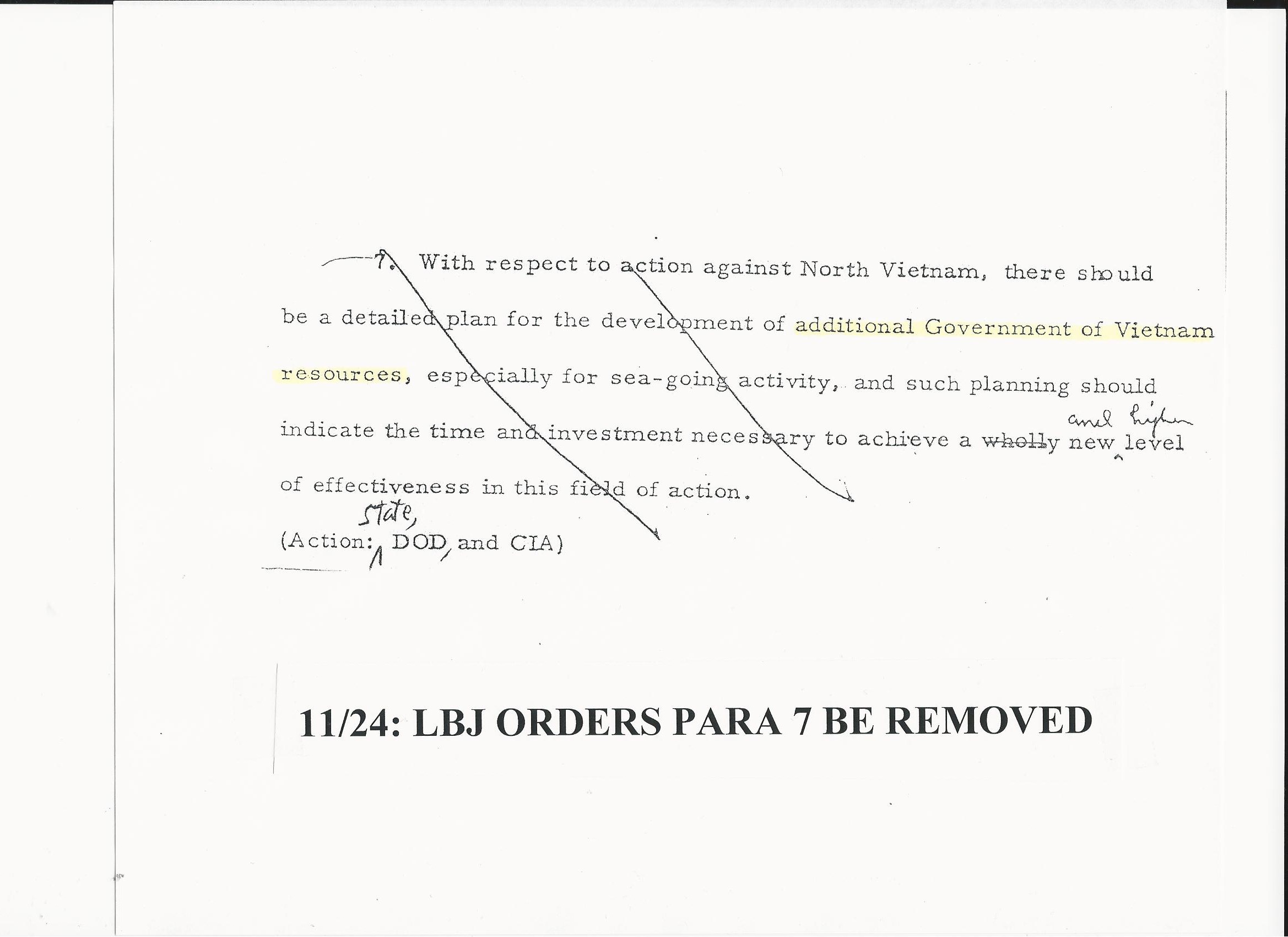 JFK might have approved that language but he never had a chance to see it.  Two days later, while Kennedy’s body lay in state in the Capitol Rotunda, President Johnson ordered Bundy to completely strike paragraph seven and rewrite it to allow direct American military attacks against North Vietnam. 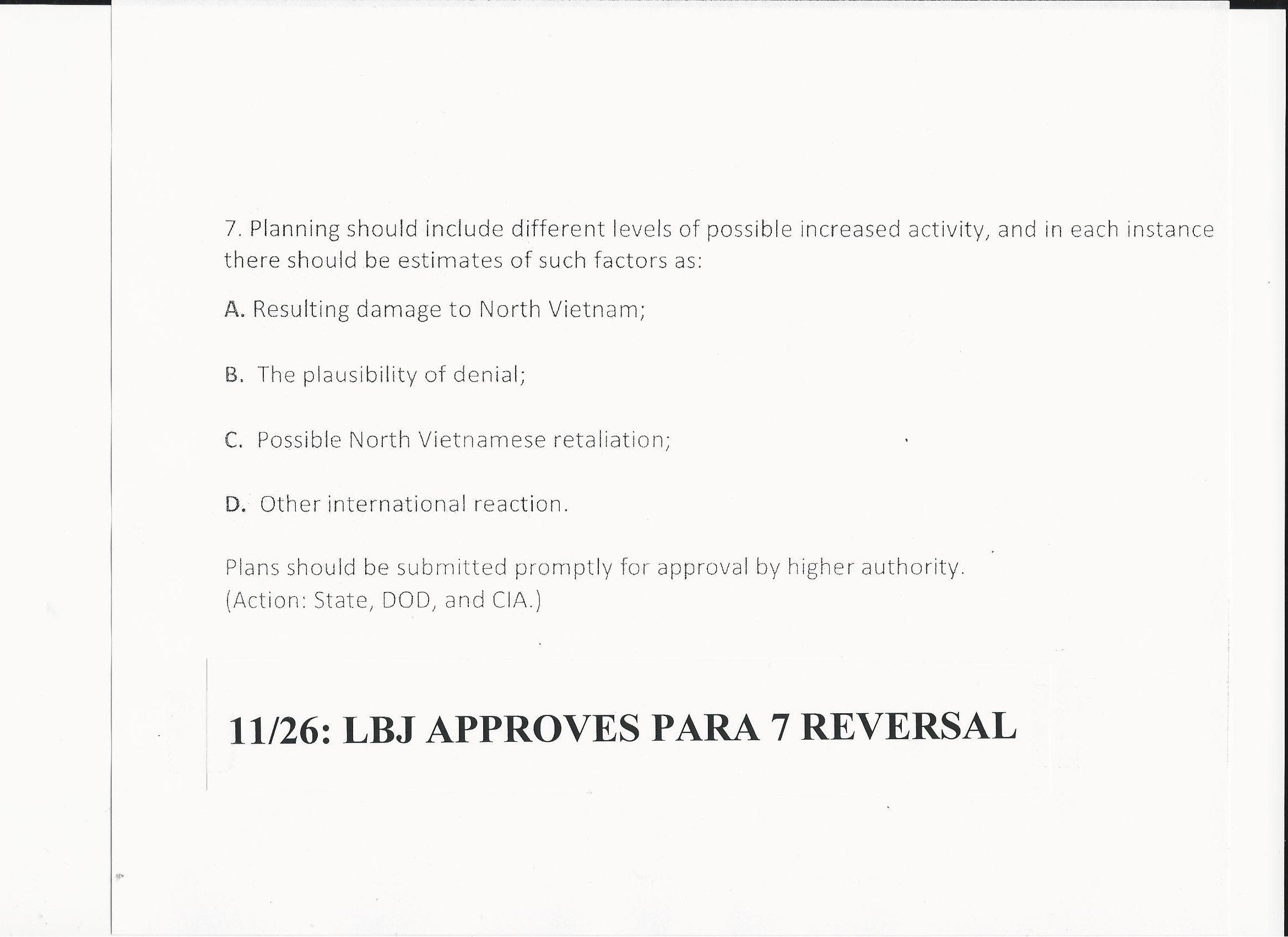 LBJ approved the new version of NSAM 273 on 26 November.  The first American navy “Desoto” patrols along the North Vietnamese coast began a few weeks later.  By the summer, these actions provoked the Tonkin Gulf Crisis and the passage of a congressional resolution permitting LBJ to do whatever was necessary to defeat North Vietnam.