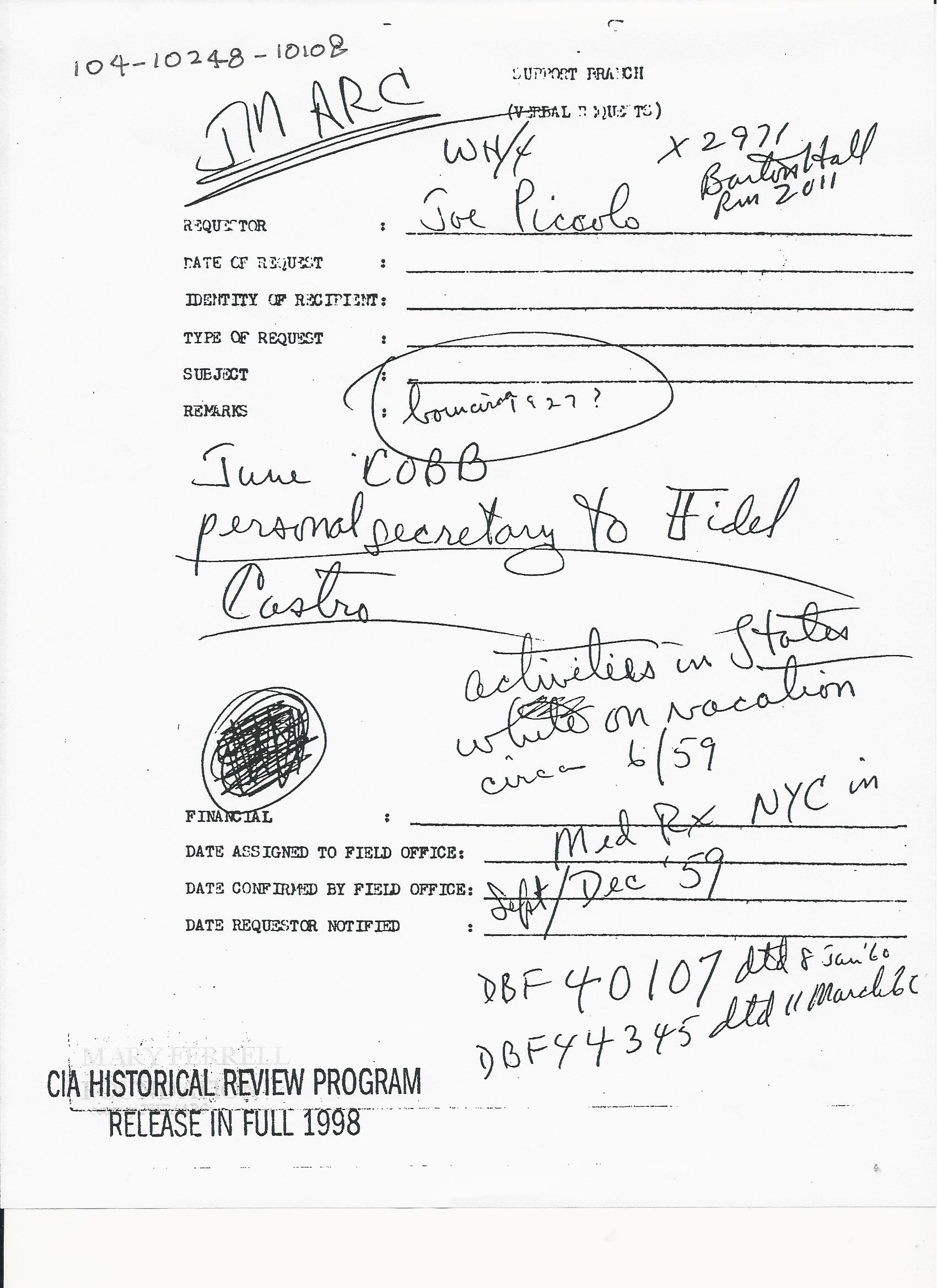 Joe Piccolo’s Discovery of Cobb’s Summer 1960 Trips to the U.S.

In April 1960, Joe Piccolo, a case officer working in the new Cuban Branch of the CIA’s Western Hemisphere Division (WH/4), was asked to expedite an FBI records check on June Cobb.  This was done ostensibly as a part of “recruiting” her for work with the Agency.  However, Piccolo discovered that unlike the false story that she had not gone to Cuba to work with Castro until September 1959, the truth was that she had gone to Cuba with Castro after his trip to the U.S. in April 1959.  The 1/8/1960 FBI file DBF 40107 established that Cobb returned to the U.S. for a “vacation” in June 1959, and that she returned to the U.S. for medical treatment in September and December 1959.