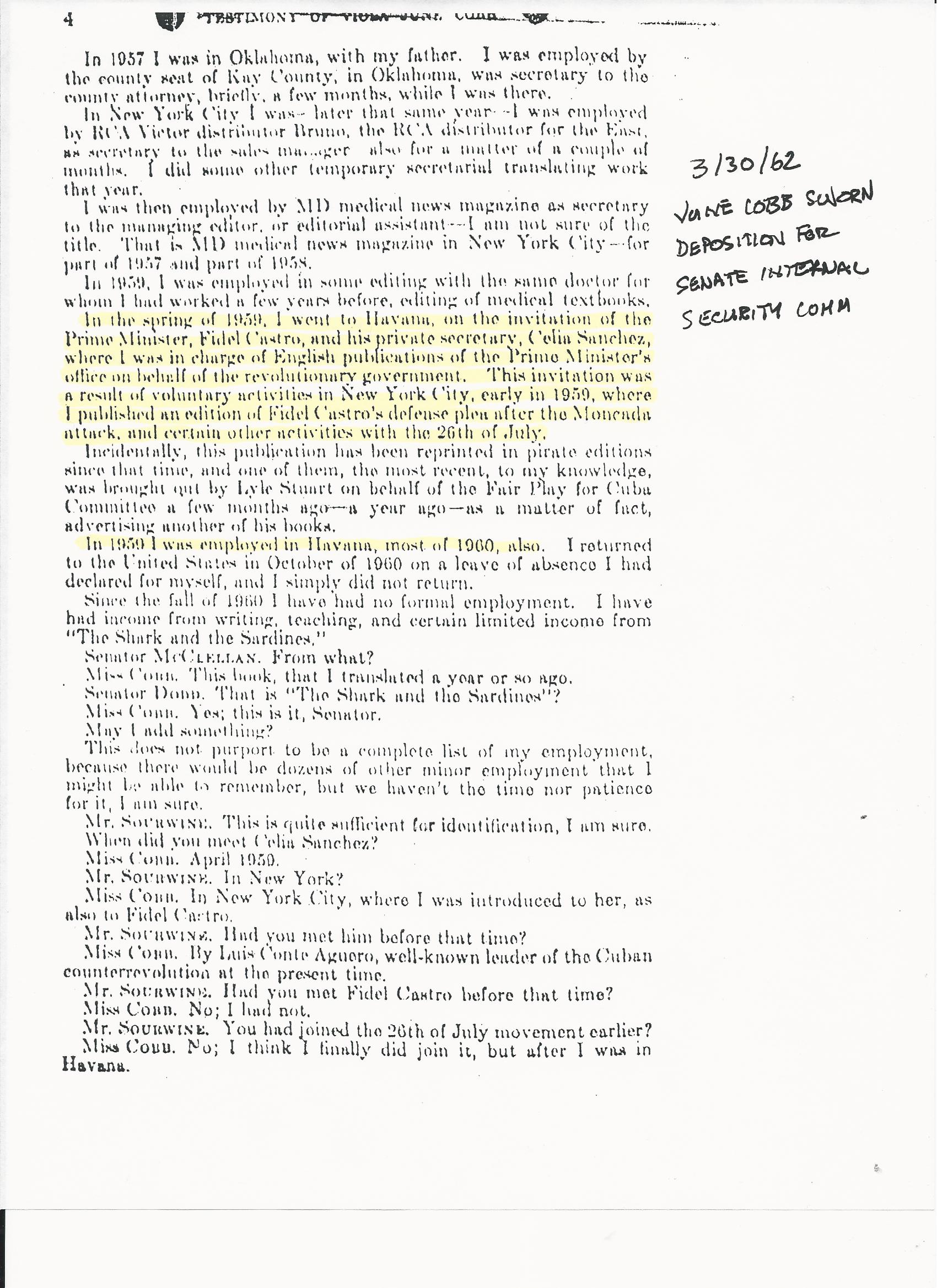 There are more concrete reasons to question Cobb’s story in her CIA security interview (and in the April 1960 CIA soft file on her) about where she was that summer. In March 1962 Cobb appeared before the Senate Subcommittee on Internal Security. Here is the relevant portion of her sworn testimony for when she first went to work for Castro (see the above document):

In the spring of 1959, I went to Havana, on the invitation of the Prime Minister, Fidel Castro, and his private secretary, Celia Sanchez, where I was in charge of English publications of the Prime Minister’s office on behalf of the revolutionary government. This invitation was the result of voluntary activities in New York City, early in 1959, where I published an edition of Fidel Castro’s defense plea after the Moncada attack, and certain other activities with the 26 July [Movement].

Cobb’s sworn testimony to the subcommittee is uncomplicated, without interruption, and it makes a lot more sense. Why wait more than four months to get started with Fidel in Cuba?